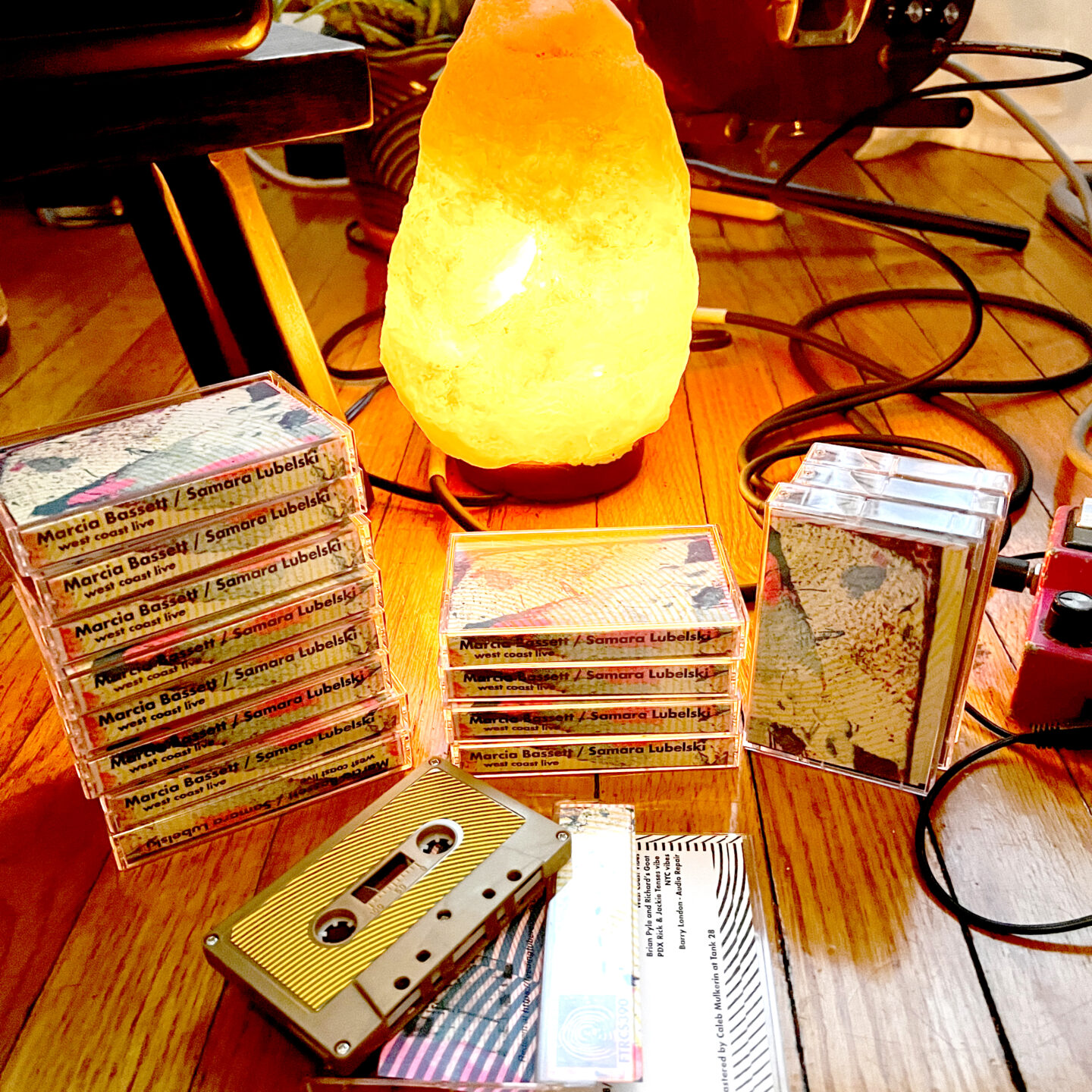 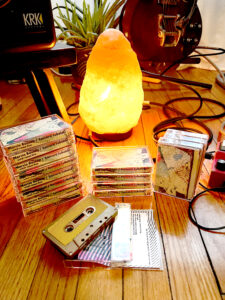 Marc Masters featured it in his column The Best Experimental Music on Bandcamp: November 2022 on Bandcamp!

Over the last decade, guitarist Marcia Bassett and violinist Samara Lubelski have been one of the most reliable experimental duos around. Through many releases and performances, the pair have consistently created dense improvisations, melding noise, drone, feedback, and volume into music that’s sometimes harrowing, sometimes uplifting, and always stimulating. West Coast Live offers four recordings from a 2019 tour, and all of them are deep and resonant enough to get lost in. Best is “PDX,” a 10-minute swath of vibrant sound in which Bassett and Lubelski merge into a single voice, one powerful enough to reach the stars but subtle enough to seep under your skin.

We’ll be hitting the road for shows at Jerry’s On Front in Philly on Dec 2 and the Catalytic Sound Festival at Rhizome DC on Dec 3! See ya there!

”Undulating Akrasboning” was recorded live in my Brooklyn apartment in early 2022. Improvised sound and language shapeshift thought and space.

Mesmerizing gestures deviate, repeat and dissolve into an undulating spectrum of sound colors that never stop moving and breathing.
Tones, patterns, and reverberations morph through the present. A complex play evolves, slowly rising and falling through space, fragmentary text is spoken, and an abstracted voice rises within the energy of the chaos as if in a destabilized landscape hovering between reality and fiction. *** Akrasboning = the spirit who lives inside of humanity *** Hilma Af Kilnt

and Altering The Form a digi EP on KRUT

“Brooklyn’s Marcia Bassett has been an influential, nay, integral part of the international underground for the past 20 years at least. Co-founder of seminal bands Double Leopards, GHQ, Hototogisu, frequent partner in crime of Samara Lubelski and head runner of the Yew label, Marcia Bassett’s solo output pursues the always-curious, always-experiential trajectory that she’s traced thus far. Her dexterous and inventive use of everything from synthesizers to field recordings to guitar to her own handmade instruments results in droney sonic landscapes that broach planes beyond time itself. ”
credits
released August 29, 2022 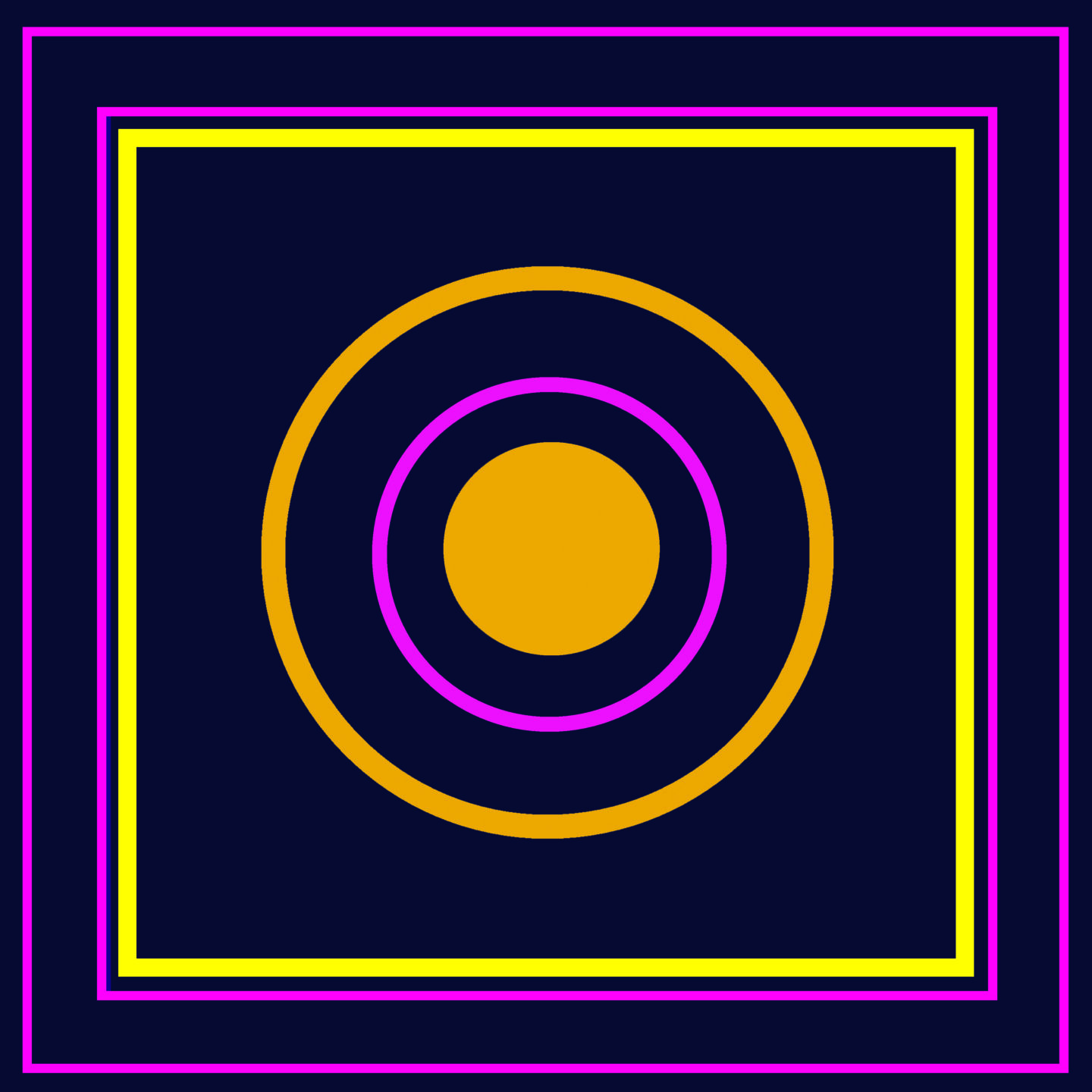 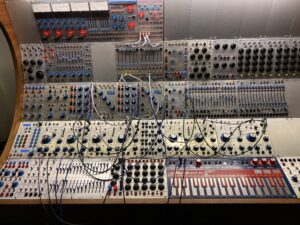 The long-awaited MIDNIGHT XPANDER LP is finally available for purchase! Recorded at the EMS Studios Stockholm during my fall 2019 residency there with further mixing during the COVID-19 lockdown. I’m delighted to have the physical copies finally! I’ve been hand-embellishing each cover, so every single LP cover is unique!  I shipped 50 LPs overseas to Soundohm, who highlighted the LP in their Best of 2022! Bradford Bailey, the writer behind The Hum, wrote a fitting description of which I’ve highlighted a small excerpt here: “Veteran experimentalist, Marcia Bassett, returns with “Midnight Xpander”, easily one of the most exciting entries into the field of drone and contemporary minimalism that we’ve encountered in a good while. Predominantly recorded with a Buchla 200 system at EMS in Stockholm, Sweden, and imbued with abstraction and the bristling tension of punk and noise, its subtle structures and intertwining harmonics immerse the mind in a deeply organic, hallucinatory realm that places Bassett at the forefront of the field.” I still have some LPs left via YEW Recordings, and for those of you overseas, you might want to head over to Forced Exposure to place your order.

And a special bonus with the Bandcamp purchase is a video Sean Julian shot on his Digital Harinezumi set to Glacial Scar. Many thanks to Andrew Lafkas for contributing bass to Glacial Scar as well! 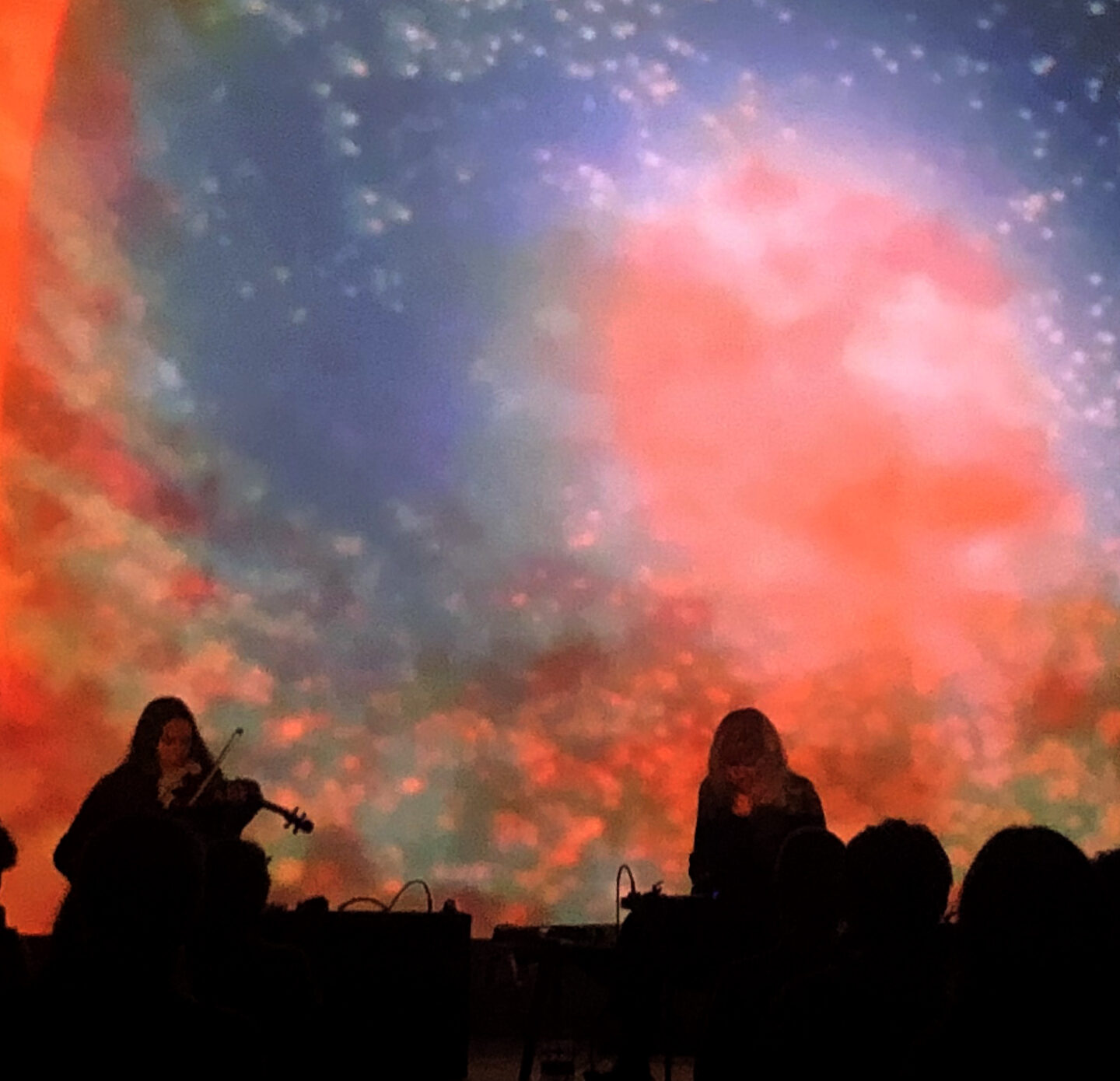 A lot has been going on, and I have not done the best job keeping up with my website!
The mini-tour in Portugal and Spain with Samara Lubelski was fantastic! We started in Porto at Sonoscopia, followed by a concert in Lisbon at Igreja de Santa Isabel. Next, we flew to Spain for the incredible Kaiola Festibala in Galdakaon on the outskirts of Bilbao; next up was Tabakalera in San Sebastian, where we created a sound improvisation set to my 40 min abstract film! Thank you to everyone who hosted, supported, and graciously showed us their wonderful cities! More coming up post-tour! 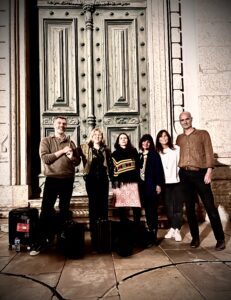 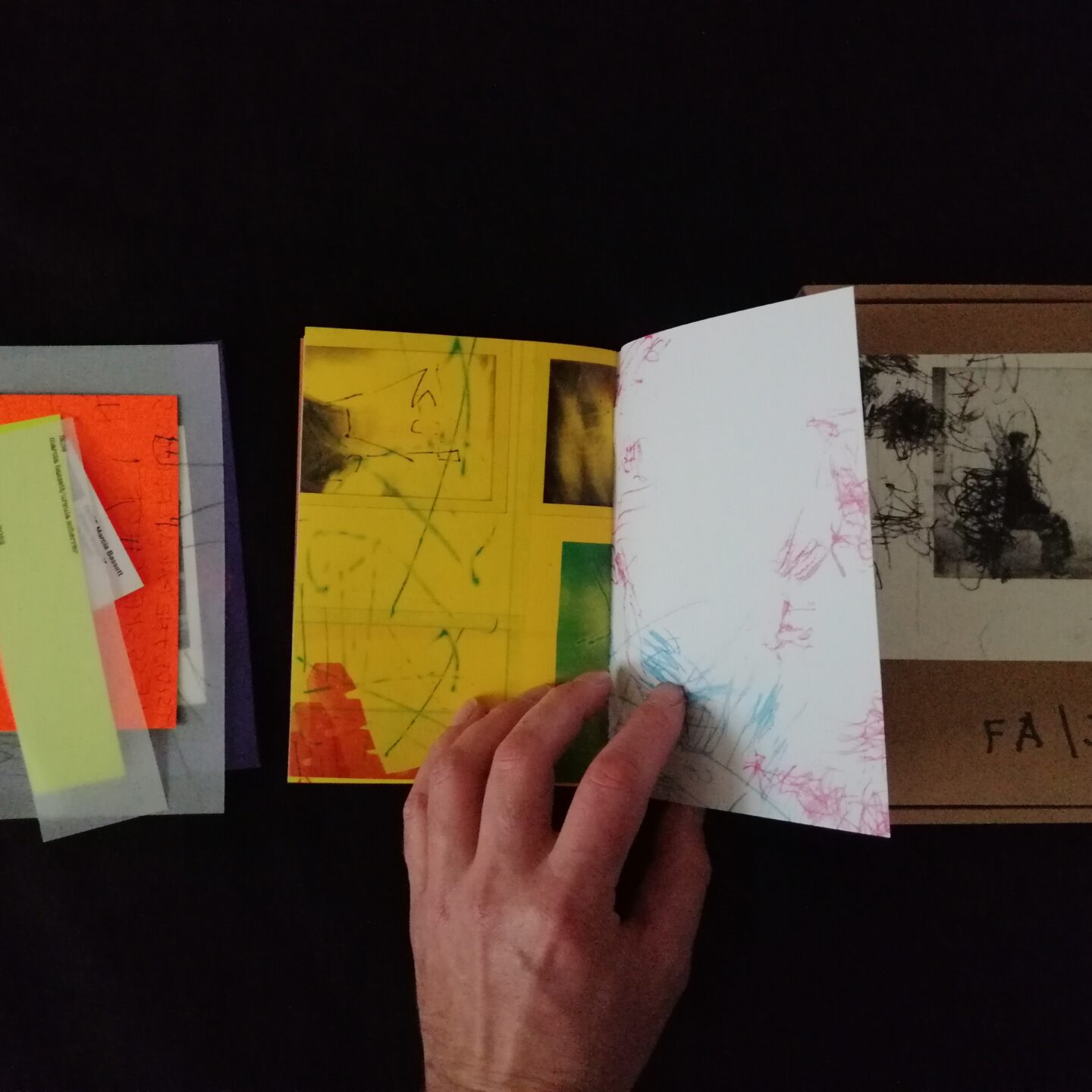 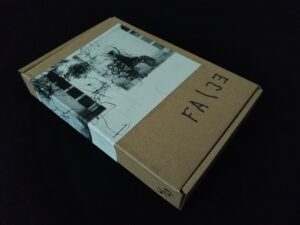 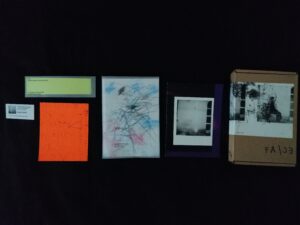 Ursula Scherrer and I spent five days in Paris at a sound and visual residency hosted by A La Maison Printing.
FA\CE is a limited box edition release with 23 available. Each box contains diverse printed ephemera, publication 12,3x17cm – 24 pages, sound file, original performance drawing in size 12,5x18cm and unique polaroid in each box. 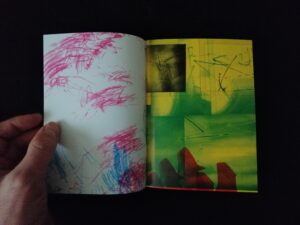 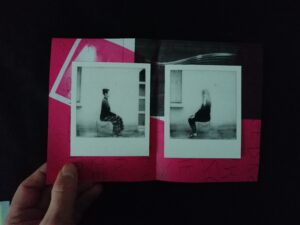 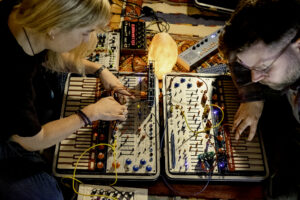 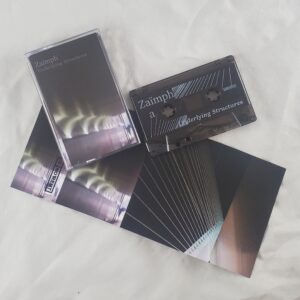 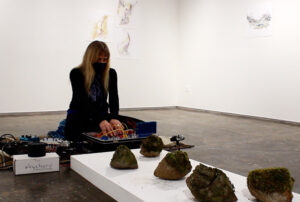 I’ve added the first set from the DRIFT/SCATTER/SETTLE performance, a collaboration with Nancy Storrow, Dec 13, 2020, at A.I.R. Gallery, Brooklyn NY to my Bandcamp site as a FREE download. Please enjoy! 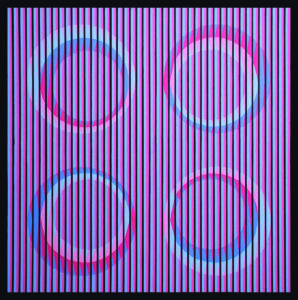 Order here or use the Yew Recordings Bandcamp link to order.
$25 ppd USA
$40 ppd Canada
$50 ppd everywhere else
Paypal [email protected]
Include your shipping address & have a lovely day!
p.s. Yew Recordings is your friend forever 😉 not Paypal

ALL ORDERS SHIP ON RELEASE DAY Jan 13, 2021
LPs can also be ordered from Forced Exposure!

‘Survival of Laments‘ CD on Headlight recordings. Two long compositions performed by Marcia Bassett and Manuel Mota on Guitar and Margarida Garcia on Bass and recorded at Janskerk in Utrecht, 2018.  Cover art by Margarida Garcia.  “But lamenting is also a metaphor of how music endlessly stages its own death; music is the art form that lives through constant dying or dying out, and in lamenting it postpones and theatralizes this dying. In this sense a lament always laments a death to come, anticipating it. And its performance is just a suspension of the moment when it will deliver itself to the silence of the building’s stones.” – excerpt from the liner notes written by Björn Schmelzer.

‘Morning Flare Symmetries’ LP on Feeding Tube Records released on June 23rd. Copies are still available and of course, you can listen and download via the Feeding Tube Bandcamp site. Cover art – Super 8 film stills by Spencer Herbst. “The string blend they manage to invent is a hugely psychedelic wave that washes over everything in its path. And when you’re enveloped in its massive flow, you are hauled along by sonic forces that are way beyond your control. Some parts are soothing, others are eruptive, but they work a really amazing push-pull on your brain, so that the individual sections don’t feel competitive so much as complimentary. Like thousands of tiny thumbs urging your spirit to free itself? Sure, why not? I absolutely encourage you to check out all of their albums. but this new one is a particular killer, so maybe you ought to start right here.” –Byron Coley, 2020